Throne, a work created by the artist Alberto D.K. Marconcini, depicting the stylized head of a horse, reinterpreted by the studies done by Leonardo Da Vinci, during the design for the creation of the cast of the horse’s head.

In 1482 Ludovico il Moro, Duke of Milan, proposed to Leonardo Da Vinci to build the largest equestrian statue in the world: a monument in honor of his father Francesco, Duke from 1452 to 1466, founder of the Sforza family.The horse must therefore be the largest of all those already made in the past and exceed 7 meters in height, a challenge never before attempted. Precisely for this Leonardo filled sheets and sheets of anatomical sketches, studying musculature and proportions of the horse and spending a great deal of time designing and calculating this gigantic work which, due to its fusion, would have required 100 tons of bronze.The colossal model, in clay, was created and exhibited publicly in 1493, arousing general admiration. It was indeed more than seven meters tall. At that point the work had only to be covered with a thick layer of wax and then the terracotta “cassock”, in which pour the molten metal. Everything was ready to really make the work, but the 100 tons of bronze, necessary for the construction of the monument, were no longer available, having been used to make cannons useful for the defense of the Duchy of Este from the invasion of the French by Luigi XII. Leonardo thus abandoned the project and left Milan.Upon the arrival of the French troops in the Lombard city in 1499, under the command of Gian Giacomo Trivulzio, the bitter enemy of the Sforza, the artist was already sheltered in Mantova and the model, left to himself in the Castello Sforzesco, was targeted by the troops of soldiers, who used it as a shooting range to practice crossbows, shattering and destroying it completely. 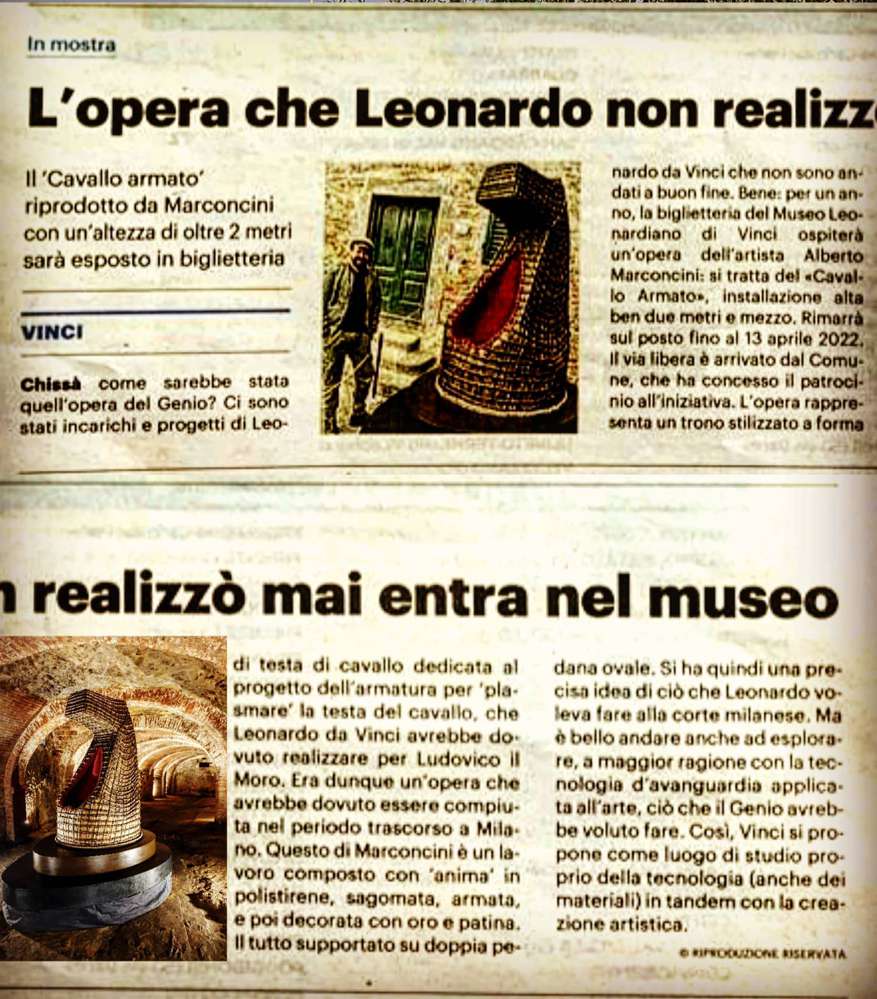